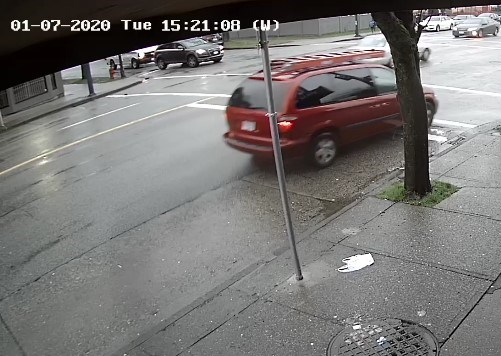 VANCOUVER Police are asking people to come forward with dashcam video to assist in the investigation of an attempted child abduction on Tuesday.

“Investigators from our Special Investigations Section are working to identify the vehicle involved and are now looking for dashcam footage from anyone who may have been in the area around the time of the attempted abduction,” said Constable Tania Visintin on Friday.

Police are looking for dashcam video from anyone who may have been in the area of St. Georges Street to Prince Albert Street and between 49th Avenue to 51st Avenue between 3 and 4 p.m. on Tuesday.

The investigation is related to an abduction attempt that occurred on Tuesday at about 3:20 p.m., when a 12-year-old girl was walking home from school in the area of 50th Avenue and Fraser Street. She was approached by a red minivan and the driver got out of the van and asked her if she wanted to come with him. She said no and ran back to her school where she alerted school administration.

Investigators believe the suspect’s vehicle is an older Dodge Caravan or Dodge Grand Caravan, with a model year of 2001 to 2007.