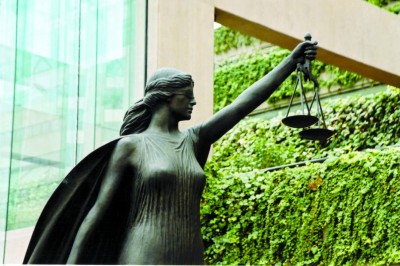 A Combined Forces Special Enforcement Unit of BC (CFSEU-BC) investigation, related to the targeted attacks on people associated to the Justice Institute of British Columbia (JIBC), has resulted in a guilty plea by 44-year old Candy Elaine Rheaume of New Westminster.
Rheaume has now pleaded guilty in New Westminster Provincial Court to one count of unauthorized use of a computer. She received a suspended sentence of nine months of probation and 40 hours of community service.
Between April 2011 and January 2012, 15 innocent individuals were targeted in a series of offences which occurred in multiple jurisdictions. Their homes, vehicles, and property were the target of shootings and arsons.
The joint-forces investigation that spanned multiple jurisdictions resulted in the arrests of two men in 2015, one of whom police identified to be the orchestrator of the attacks, and the other who police alleged to be someone contracted to carry out one of the arsons.
The investigation, in addition to identifying the two men already charged, established that a then-ICBC employee had queried the 15 victims’ license plates and accessed their personal information. That information was ultimately used by the orchestrator to facilitate the brazen attacks.
That former ICBC employee, who was terminated in 2011, was charged by the CFSEU-BC in February 2017.

Over 2,000 employees laid off temporarily by City of Surrey

posted by: Rattan Mall - April 2, 2020
THE City of Surrey said on Thursday that since March 16, its recreation centres, libraries, civic ice arenas, cultural facilities, museums, and...

posted by: Rattan Mall - April 2, 2020
BY RATTAN MALL “We seized more than 400 passports where the biopage was substituted” DOCUMENTS obtained by...

Kiran Rai: 28 years old and entire industry in his palms