Shamji admitted he killed his wife two days after she served him with divorce papers.

He will next appear in court on May 8 for his sentencing hearing.

According to an agreed statement of facts, the couple got into an argument at home on November 30, 2016. Their three children were asleep, but the eldest daughter woke up to her mother’s screams and banging.

“Mohammed struck Elana multiple times, causing her significant blunt-force injuries all over her body, including a broken neck and broken ribs. He then choked her to death,” according to court documents.

Shamji ordered his daughter back to bed when she went to her parents’ room. He then put his wife’s body into a suitcase and drove about 35 kilometres north of the city to dump it in the Humber River. The suitcase was discovered the next day by a passerby.

“In the days after he killed her, Mohammed carried on his daily routines,” according to the statement of facts.

Within five hours of killing Fric-Shamji, he began texting her phone pretending he did not know where she was, according to evidence from the preliminary inquiry.

As he continued to perform surgeries he lied to just about everyone he came into contact with as to his missing wife’s whereabouts and also tried to shift suspicion onto his wife’s lover, according to court documents.

Shamji was arrested on December 2, 2016, and remained in custody.

In May 2005, the couple separated for eight months after a incident that resulted in Shamji being charged with assault and uttering death threats. Those charges were resolved through a peace bond, the Toronto Star reported.

In May 2016, Fric-Shamji confided in friends that she was concerned Shamji was cheating on her. She initiated divorce proceedings but Shamji resisted and pleaded for a reconciliation and “more time to better himself in the marriage,” according to prosecutor Henry Poon. She dropped the divorce proceedings, but the marriage continued to deteriorate.

In October 2016, Fric-Shamji began an affair with a fellow doctor and formally retained her divorce lawyer. Shamji wanted her to wait until after the holiday season and she agreed because of their children.

He was served with divorce papers on November 28, 2016, and attempted to change her mind.

posted by: Rattan Mall - January 16, 2020
BC Liberal Leader Andrew Wilkinson on Thursday called on the BC NDP to finally get behind the Trans Mountain pipeline project after...

posted by: Rattan Mall - January 16, 2020
A new report from CMHC concludes that the NDP’s Speculation and Vacancy Tax contributed to an historic increase in condo units being... 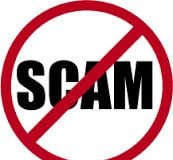 posted by: Rattan Mall - January 16, 2020
RICHMOND RCMP are warning the community of a scam involving “new” employees. · A new employee is recruited or hired,... 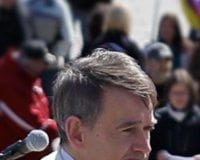