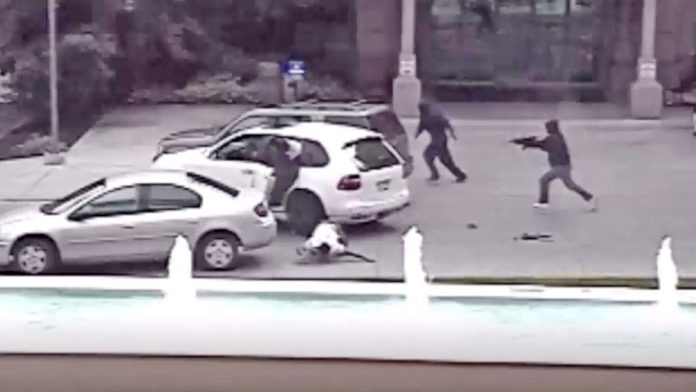 THE Brothers Keepers group were in the spotlight this week again when Surrey RCMP announced that they were allegedly linked to the drugs and guns police seized at a South Surrey home as well as to a clandestine laboratory.

A gang expert source told The VOICE on Thursday that Brothers Keepers are almost exclusively South Asian and have been around for about 18 months to two years.

“They are an evolution of a number of people and their little groups coming together to form BK [Brothers Keepers]. They’ve been sort of on the radar officially for the last couple of years. They’re one group that have been involved in the Lower Mainland Gang Conflict that’s evolved from the Townline Hill [Abbotsford]-Vancouver [South Slope] conflict,” said an expert.

He went on to elaborate: “They are fairly independent. They are in conflict with the Wolf Pack. So one side of the Wolf Pack is sort of an alliance or partnership with the Red Scorpions and Hells Angels groups and Independent Soldiers and all of their sorts of friends.

“BK is sort of sandwiched between the Wolf Pack side and the remnants of Duhre-United Nations. So now there are kind of three columns [of gang alliances].”

Those of the Duhre group – “who are still alive and not in jail” – are still around trying to exert influence in the drug trade and not just here, but also in Alberta and other parts of the world.

The gang expert noted: “The UN Gang is very international in scope and we still have that international manhunt for people like Conner D’Monte [who is accused of the 2009 murder of rival gang member Kevin LeClair] and others. The gang is still very active even though many people seem to try and say they are not, they are very involved in the drug trade / gang landscape behind the scenes.”

THE VOICE wanted to know what was happening with South Asians involved in the gangs and drug trade in Alberta as just this week yet another young male – 25-year-old Herman Dhami – was arrested and fentanyl pills and powder worth an estimated $118,000 were seized by ALERT.

A source said that police in the two provinces were interacting more and more. “We talk to them a lot and we do projects with them. We talk to Calgary Police, Edmonton Police and ALERT members regularly,” the officer said.

He added: “And in talking with them – and actually we had meetings with Calgary Police just as recently as couple of weeks ago – they’ve seen a significant increase in their South Asian population there – in Calgary specifically – and what they are saying to us is that they are seeing there what we saw 10 years ago.”

More and more South Asian men are beginning to get involved in gang activity in Calgary and other parts of Alberta and so police forces in that province have approached police in British Columbia looking for advice and strategies.

The officer said: “The number of things that are going to happen related to South Asian gang violence in Alberta and specifically Calgary are probably going to increase in the next 10 years.”

He pointed out: “When there are up-and-comers here, we don’t know much about them because they are either starving or just under the radar and we learn about them [later] – that’s what’s happening there. They don’t have that sort of long-term base of established South Asian gang members.”

For a long time now, Alberta has had East Asian gang members. Alberta has a lot of motorcycle gangs and the Red Scorpions have been there for quite a while. There are also members of the United Nations. Alberta has many more Aboriginal gangs than B.C. does, according to the officer.

But now, police in Alberta are seeing an increase in South Asian activity in gangs in Calgary specifically.