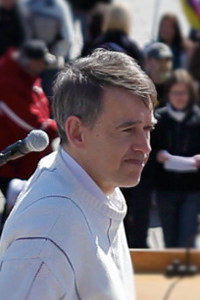 IT had to have been lost in the mail. It’s the only plausible explanation.

I can’t imagine any other reason for not receiving an invitation to at least one of the “by invitation only” dinners held since 2013 with B.C.’s deputy ministers.

The annual cash for access event is hosted by the B.C. Chamber of Commerce.

After all, it might seem a little crass for the B.C. Liberal party to host private fundraising dinners with deputy ministers, even by B.C.’s Wild West standards.

There’s no mistaking their purpose, though.

The Chamber’s 2014 six-page invitation read, in part: “(B.C.’s) deputy ministers are tasked with ensuring that the goals and outcomes of the provincial government are met. While often working outside the public spotlight, they are invaluable sources of information and knowledge about their ministries and ministry policies.

This private, invitation-only event creates an ideal forum for dialogue and discussion between guests and leaders of British Columbia’s public service.

The evening consists of a reception and a dinner, where guests are seated directly with the deputy minister of their choice. This is an unparallelled opportunity to express your perspective and concerns directly to B.C.’s deputy ministers.”

The platinum sponsor for the 2014 dinner was Telus, the B.C. Maritime Employers Association and Spectra Energy were the gold sponsors and McKesson Corp. the silver sponsor. McKesson acquired Rexall pharmacies in 2016.

Who were among the lucky few to be given the chance to rent the ear of a deputy minister over dinner?

Guest lists don’t seem to be readily available online, but someone – bless their heart – hired a photographer for the 2013 dinner at the Empress Hotel’s Crystal Ballroom.

The by invitation only crowd barely filled half the ballroom. The comradery between lobbyists and deputy ministers shines through in the photos.

Guests included a veritable who’s who of B.C.’s lobbying industry.

Michael Cunningham, a consultant lobbyist for Purdue Pharma – makers of OxyContin – was at the dinner.

In addition to Spectra, the energy industry was well represented with lobbyists from the Canadian Association of Petroleum Producers, the B.C. LNG Alliance, Woodfibre LNG, the Independent Power Producers of B.C., Imperial Oil, ConocoPhillips Canada and Cenovus Energy.

The golf tournament and homecoming dinner all the more surprising because the company made clear in its 2013 Trans Mountain Pipeline application to the National Energy Board that the company’s code of ethics forbids it from donating to political parties.

The executive director of the B.C. Securities Commission, Paul Bourque, was in attendance, as was Josh Christensen, a Hill+Knowlton lobbyist whose clients included the Port of Vancouver at the time.

Former CEO of the B.C. Chamber of Commerce, John Winter, appears in a number of photos. Winter headed up Future Prosperity for B.C., a group that may have spent up to $2 million on an anti-NDP campaign in advance of this year’s provincial election.

The group went dark just prior to the writ dropping, with Winter telling the Globe and Mail at the time: “We feel we’ve done what we can do with what we had, without coming under the scrutiny of the Elections Act. Why would that be nefarious?”

The 2014 invitation included a shopping list of deputy ministers. At least 12 current deputy ministers are on that list, including Richard Fyfe, then and still deputy Attorney General.

They say B.C. stands for bring cash. Maybe that’s because everything seems to be for sale, including eating with the deputy minister of your choice.

Let’s hope the 2016 dinner was the last supper.