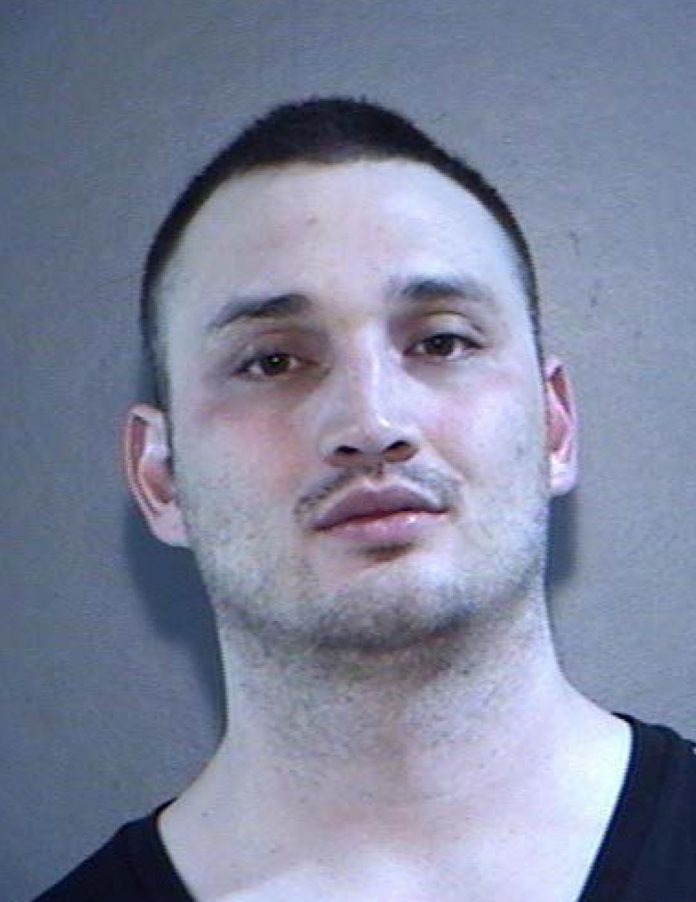 SURREY RCMP announced on Wednesday that Thomas Gabriel Saul, 35, of New Westminster, who was the target of Tuesday’s Fraser Heights shooting, has been the victim or intended victim of shootings that have occurred in Surrey and Burnaby this summer.

Police are cautioning the public against interaction with Saul (see photo). He has been spoken to by investigators and, although his life is in danger, he has provided very limited information to police. As such, Surrey RCMP believes that he has become a risk to public safety.

Updating the public on the investigation of Tuesday’s shooting which injured two men in the Fraser Heights area, police said at this time, investigators believe this shooting was a targeted incident connected to drug trafficking in the area. Police have not found any indication of a continued risk in the area of the shooting.

Surrey RCMP said that at approximately 4:50 p.m., on September 3, Surrey RCMP responded to multiple reports of shots fired in the 15900-block of 111th Avenue. Officers located two men suffering from apparent gunshot wounds. Both were taken to the hospital with serious, but non-life-threatening injuries.

According to witnesses, a black Chrysler was riddled with bullets fired from another vehicle. One of the victims managed to get out of the car and collapsed near a daycare centre. There are two daycare centres and Erma Stephenson Elementary school in the area.

Police said Saul was also the target of a shooting in Burnaby where at approximately 4:50 a.m. on August 21, RCMP responded to reports of shots fired in the 7300-block of 14th Avenue. Police determined that a number of shots were fired, including some which struck a vehicle. No one was injured.

Saul is known to police and has a history of involvement with drug trafficking in the Lower Mainland and outside of British Columbia. The public should be aware that they are at risk if they are involved in the drug trade, police warned.

The Surrey Gang Enforcement Team (SGET) and Surrey Drug Unit, with support from the Combined Forces Special Enforcement Unit (CFSEU-BC), are involved in significant overt and covert enforcement operations to target individuals related to the drug trade.

Surrey RCMP also continues its preventative work in schools to stop kids from entering the drug trade through presentations, the Code Blue and Mini-Blue school fitness programs, and the Wrap program which is aimed at kids who are at significant risk of gang involvement. The Surrey RCMP Parent Helpline (604-599-7800) is also available for parents who believe their child might be involved in illegal activities.

“Gun violence in our community is perpetuated through the continued demand for illicit drugs,” said Cpl. El Sturko. “We will continue our enforcement efforts in Surrey and across the Lower Mainland with our policing partners, however we are appealing to the community to reduce the demand for illicit drugs, and to provide information which can assist us in our investigations.”

The public may notice an increased police presence as officers continue to canvass the area and gather evidence in Fraser Heights.

Officers from the Mobile Street Enforcement Unit are conducting patrols in the area and an increased number School Resource Officers have been deployed to support students and families.

Investigators are asking anyone with information about this incident to contact the Surrey RCMP at 604-599-0502 or, if they wish to remain anonymous, contact Crime Stoppers at 1-800-222-TIPS or go to www.solvecrime.ca.

posted by: Rattan Mall - March 31, 2020
DUE to the rapidly evolving COVID-19 outbreak, the Ontario government announced on Tuesday that schools and child care centres will remain closed...

posted by: Rattan Mall - March 31, 2020
TO support parents who are essential service workers during the response to novel coronavirus (COVID-19), the Province is launching a new process.

HandyDART workers call for critical protections for operators and riders

posted by: Rattan Mall - March 31, 2020
A professor at the University of Waterloo is drawing on two decades of research into disinfection using ultraviolet (UV) light to help...

posted by: Rattan Mall - March 31, 2020
COVID-19 will have some impact on the nature and timing of the office's work ACTING Auditor General Russ Jones...