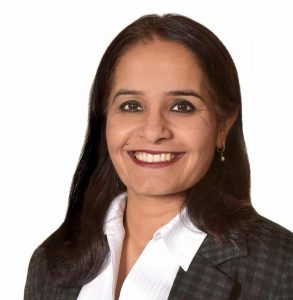 GROWING ultra-nationalism within the local Indo-Canadian community is a matter of great concern.

Being an MLA for Surrey-Green Timbers – a riding with a sizeable Indo-Canadian population – I am deeply concerned over recent developments I am witnessing within our community.
Ever since an extremist attack in the Indian state of Kashmir on February 14 that left more than 40 paramilitary soldiers dead, emotions are running high not only in India but also here among Indo-Canadians. Being a person of Indian origin, I am also saddened by the deaths of those soldiers who belonged to marginalized sections of society. However, there are attempts by right wing forces to create divisions among Indians here and back home along religious lines. As an Islamic extremist group based in Pakistan has claimed responsibility for the incident, a rhetoric is being set for retaliation and revenge against the neighbouring country.
Fortunately, Indian and Pakistani immigrants in my riding have always enjoyed a cordial relationship. They have come together to denounce terrorism and violence in any form.
The February 14 attack has also been widely condemned by Pakistanis in BC. People are forgetting that Pakistan too is a victim of terrorism, as its soldiers are also frequently targeted by religious extremists. And yet, some people are openly indulging in war mongering here in Canada.
Recently, a special prayer was held for the slain soldiers at the Hindu temple in my riding. Being an MLA of the riding and a South Asian who wants peace to prevail in that region, I went to participate and show my solidarity. But I was shocked to see how some speakers tried to instigate the congregation against Pakistan.
Many participants chanted provocative slogans, such as “Blood for blood”. They even tried to stop speakers who were advocating for peace and harmony in these tough times. When my opportunity to speak came and I tried to calm down the crowd by suggesting that instead of creating animosity we should try to find a solution through peaceful means, the people tried to shout me down.
Never before during my visits to such a beautiful place of worship have I encountered such a volatile crowd. I have a feeling that this might have been orchestrated on purpose.
Such hatred has no place in Canada. We can always agree to disagree, but we cannot allow community leaders to spew venom against any nation or community. No nation should be punished for the acts of some of its rogue elements, which exist in all societies.
We need cool heads in the Indian Diaspora to look at the issue with objectivity and compassion, instead of letting the fate of people be decided by bigots. In our cherished, multicultural society, we all play a role in ensuring the fundamental principles of respect and understanding continue to guide our interactions with each other. These are the values of our province: supporting each other through intercultural dialogue and working together to resolve those issues that would otherwise divide us.

Editor’s Note: We are not publishing any comments on this article.