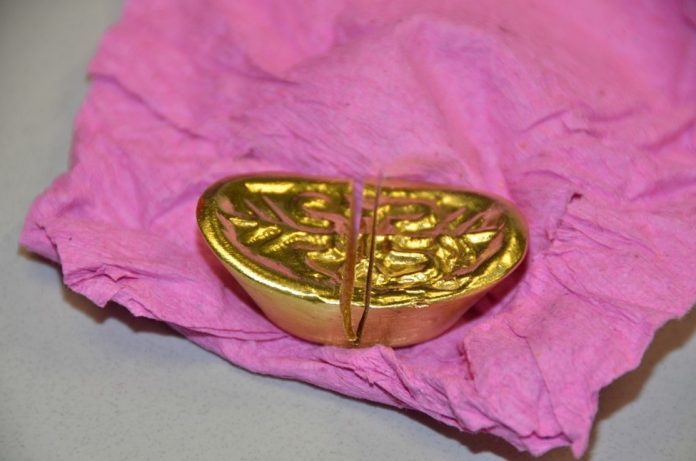 RICHMOND RCMP are warning the public about the possible return of the “Chinese Gold” or “Buried Treasure” scam. This particular scam has been ongoing worldwide since approximately 2010. Richmond RCMP have had two successful investigations, one in 2015 and the other in 2017. Their investigations and discoveries have assisted law enforcement agencies throughout the world.

The modus operandi of the scammers has been consistent throughout the world albeit with slight variations.

·       The scam utilizes props such as an ancient letter or will, gold ingots, and gold Buddha statues.

·       The scammers make contact with a potential victim by either visiting them or by way of a phone call.

·       Historically, the scammers have visited Traditional Chinese Medicine (TCM) practitioners feigning illness due to the stress of having discovered a will / letter and a quantity of gold at a construction site. Scammers have also targeted random persons thought to be financially established through research from media / social media or advertising.

·       Once the victim is selected, contact is made via phone or in person.

·       During the introduction, the scammer portrays himself as a construction worker with no legal status in the country, who while working has unearthed some buried treasure. The buried container is portrayed as having a large number of gold ingots and / or solid gold Buddha statues along with a hand written note.

·       The scammers arrange a meeting for the victim to inspect the gold for the purposes of authenticating it. The scammers usually have another person or two other people assisting with the scam. At the meeting, one of the suspects saws off a piece from one of the gold ingots, switches it with a piece of real gold and provides it to the victim (the piece of gold provided to the victim is made of real gold). The victim has the piece analyzed independently and is authenticated to be real and high purity gold.

·       The scammers then arrange for the victim to purchase the gold for cash and usually flee the country or region after the scam is completed.

Recently there have been several reports originating in the United States of the scam becoming popular once again. Authorities in the US have shared this information with the Richmond RCMP in hopes of preventing the resurgence of this scam. The scammers may be using variations on a theme and have been evolving from prior contact with law enforcement agencies.