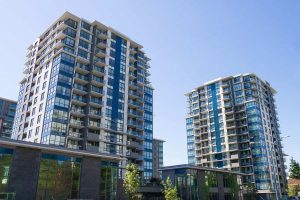 “We listened to the voices of British Columbians concerned about affordability, reviewed how other provinces set rent and have a solution,” said Spencer Chandra Herbert, Rental Housing Task Force Chair and MLA for Vancouver-West End. “Renters were clear that rent increases that far outstripped cost-of-living increases were becoming increasingly unaffordable, and landlords were clear they needed help to maintain their properties.”

“Our recommendations follow the approach of Ontario and Manitoba and will keep rent more affordable while ensuring rental homes are maintained and improved,” Chandra Herbert said.

Recommendations to government include:

* changing the maximum rent increase formula, from the current formula of inflation plus 2%, to inflation only (2.5% for 2019), which would remove the automatic 2% yearly increase.

* giving landlords the ability to apply for an additional increase if they can show the formula would not cover maintenance and other costs incurred.

The task force recommends the Ministry of Municipal Affairs and Housing do further work with landlord and tenant groups to determine the criteria for reviewing landlord applications for increases above the inflation rate.

These recommendations follow months of online and in-person consultation in communities throughout British Columbia. The task force noted that the annual allowable rent increase formula, put in place by the previous government in 2004, was a frequent topic of concern during the public engagement process.

“Whether they are renters or rental housing providers, people are looking for greater fairness and greater balance in residential tenancy policies in our province,” said task force member Ronna-Rae Leonard, MLA for Courtenay-Comox. “We’ve made these recommendations after careful consideration and look forward to a response from cabinet later this month.”

A decision will be made on these early recommendations from the Rental Housing Task Force before October 1.

“Providing relief for British Columbians struggling amidst the affordability crisis is a key shared commitment between our two caucuses. This task force exemplifies how minority governments lead to sensible policies that will make a real difference in peoples’ lives,” said task force member Adam Olsen, MLA for Saanich North and the Islands. “I look forward to bringing forth our full report with a set of recommendations that will ensure the Residential Tenancy Act is fair and balanced for everyone.”

This fall, the Rental Housing Task Force intends to release a full-recommendations report with other ways to improve residential tenancy for people in B.C.

* In April 2018, Premier John Horgan and Selina Robinson, Minister of Municipal Affairs and Housing, appointed the three-member Rental Housing Task Force to advise on ways to improve security and affordability for renters and rental housing providers throughout the province.

* Chaired by Chandra Herbert, the Premier’s Advisor on Residential Tenancy, the task force held public consultations throughout the summer, and is reviewing existing B.C. laws as well as approaches in other jurisdictions.

* For over a decade, Ontario and Manitoba have limited rent increases to the inflation rate.

Can you identify this suspect who tripped an 84-year-old woman?

posted by: Rattan Mall - May 28, 2020
BURNABY RCMP on Thursday released a video of an assault on a 84-year-old woman that took place last month on April 3....

Supportive homes and stability for people in need in Vancouver