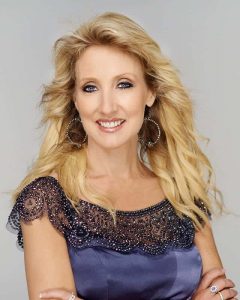 JUST over a year ago I was told that every child in BC would be told by the public school system called SOGI 123 resources that they are gender-fluid and can switch their sex / gender if they want to.

“This cannot be true!” I said.  I began to investigate this wild claim and to my shock, I found it WAS true.  SOGI 123 has 14 transgender indoctrination books for kids from Kindergarten to Grade 5, not to mention the continued promotion of transgenderism all through every class to Grade 12.

I began to examine all the Kindergarten books like “I Am Jazz” which is based on the true life story and reality TV series by the same name, based on the life of Jazz Jennings.  Jazz, in real life, has just undergone surgery as a 17-year-old to remove his p—s and make a v—a.  He began puberty blockers before he was 10 years old and did not have enough male genitalia to complete the surgery in the prescribed way.  Jazz had to have tissue from his stomach lining used in the procedure.  Jazz has stated that he has never felt sexual feelings for another person.  The doctors are saying it is expected that he might be in a depression after this surgery and now we are to all him a girl.

I was then shocked to read “My Princess Boy” about a four-year-old boy whose father dances ad celebrates him being transgender. “His Dad tells my Princess Boy how pretty he looks in a dress.”  Then there is “Jacob’s New Dress” where this child insists that he is a girl.  “10,000 Dresses” is a book about a little boy who is called a girl through the whole book, except for his mother and father who are presented as very mean and they tell him he is a boy and cannot wear a dress.  The strong message is sent that parents do not know what they are talking about.

With only 0.3% of the population ever identifying as transgender why do we have so many books on this subject for little kids?  The lesson plans for SOGI 123 ask children to go up to a gender graph and choose where they “feel” like they fit in.  It is the deconstruction of everything they know as their foundation.  While SOGI 123 claims to be an anti-bullying, inclusive teaching, it actually has a much deeper ideology behind it.

Gender Dysphoria is on the rise.  This is where children feel that they don’t fit into their bodies.  In the UK they are trying to determine why referrals to gender clinics have gone up 4,000% in 10 years. Professionals like Dr. Lisa Littman have studied this extensively and are calling this a social contagion that is causing some groups of girls to all say they are transgender at the same time. Dr. Littman attributes much of it to videos on the internet that are now making trans-sexuality popular.  They say it’s trendy to be trans and the fad is growing.  It used to be that we had Goth kids or Punk Rockers, but now the new “in thing” is to be gender-fluid and bi-sexual or pansexual.

SOGI 123 is the subject of the upcoming municipal elections and I am running for a School Trustee position in Burnaby and standing against this child indoctrination resource.  Find out who is against SOGI in your area and vote them in on October 20. Teach reading, writing and arithmetic and let kids be kids.

Laura-Lynn on “I AM JAZZ”