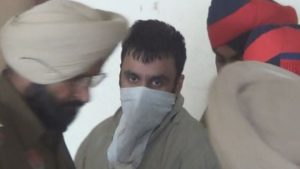 Johal, alias Jaggi, 30, was produced in the NIA court under tight security.

The NIA counsel requested the court to grant Johal’s police remand for at least 14 days.

Objecting to the request, the defence counsel said the investigating agency or the police have only made allegations against his client and that they have no evidence of Johal’s involvement in the killing of Durga Dass Gupta in Khanna area.

Gupta was shot dead by two motorcycle-borne assailants in April 2016.

The defence counsel said his client has been in police custody for the past 45 days. Earlier, Johal, who was arrested on November 4, was in the custody of the Khanna police.

Johal and four others were arrested by the Punjab Police in connection with targeted killing cases last month. Five incidents of targeted killings had taken place between April 2016 and February 2017.

The Punjab Police had transferred the cases to the National Investigation Agency.