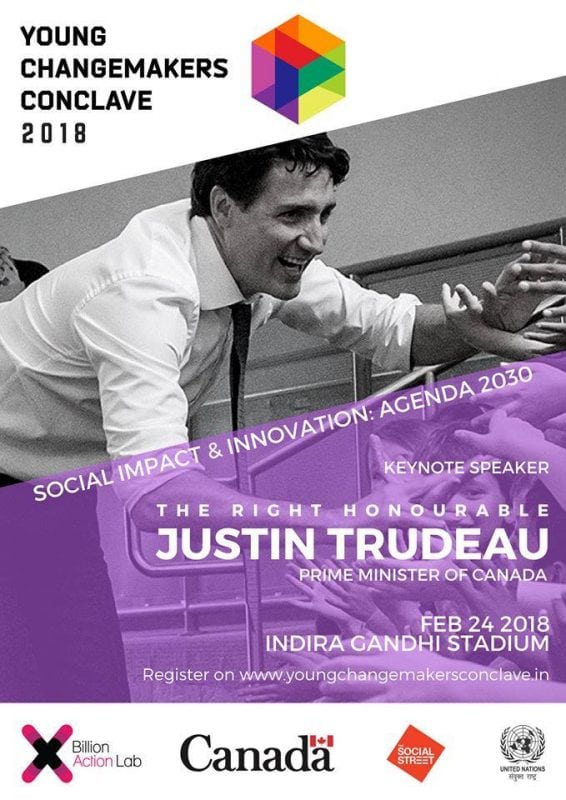 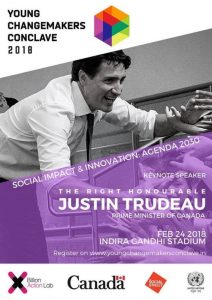 New Delhi (PTI): India’s concerns over rising Sikh radicalism in Canada are understood to have figured during a meeting between National Security Advisers of the two countries this week, and the issue may figure during Canadian Prime Minister Justin Trudeau’s talks with the Indian leadership here.

Trudeau is beginning a seven-day India visit here on Saturday with an aim to further boost overall bilateral ties with a focus on enhancing defence and counter-terror cooperation.

In response to a question on whether India will take up the issue of rising pro-Khalistan radicalism in Canada during Trudeau’s visit, India’s External Affairs Ministry indicated that it may be raised.

Canadian diplomatic sources, while talking about the meeting held between the two NSAs here a couple of days ago to prepare the ground for Trudeau’s visit, indicated that New Delhi’s concerns over Sikh radicalism in Canada figured in the meeting.

“This is an important visit. All issues, which are of interest to us … which are of bilateral interests will be up on the agenda,” External Affairs Ministry spokesperson Raveesh Kumar said, when asked whether the issue will be taken up by India during Trudeau’s visit.

On trade, the sources said Canadian investments in India were likely to decline in the absence of a mechanism to protect them and Trudeau and Indian Prime Minister Narendra Modi may deliberate, during their talks on February 23, on making progress in firming up the Comprehensive Economic Partnership Agreement between the two countries.

The negotiators of both the countries met last week to overcome the hurdles in finalising the pact, the sources said, adding Canadian investments in India were around USD 15 billion in the last couple of years, and a free trade pact will further encourage investors from that country.

In 2017, two-way merchandise trade between Canada and India amounted to USD 8.4 billion, split equally between exports to and imports from India (USD 4 billion each).

A number of Canadian pension funds are also keen to invest in India.

The sources said the objective of the Canadian prime minister’s visit here would be to expand overall ties between the two countries with a focus on defence and security, counter-terror cooperation, trade and investment and tackling climate change.

Both sides are also expected to deliberate on enhancing cooperation in the civil nuclear sector.

“This will be an opportunity for the prime minister to promote Canada-India cooperation on a range of issues and highlight Canada’s support for a strong, united, diverse India and to further strengthen the vibrant strategic partnership,” said a Canadian diplomatic source.

Besides his engagements in Delhi, Trudeau will visit Agra, Ahmedabad, Mumbai and Amritsar.

Officials said Trudeau’s visit to Gujarat will be first by a Canadian prime minister.

Trudeau, who will be accompanied by his wife and three children, is schedule to visit the Taj Mahal on February 18, and the next day he will travel to Ahmedabad where he will visit Sabarmati Ashram. He will visit Akshardham temple in Gandhi Nagar and participate at an event at the Indian Institute of Management, Ahmedabad (IIMA).

On February 20, he will visit Mumbai where he will hold meetings with top business leaders and meet representatives of Indian film industry to explore various opportunities in the field of cinema.

On February 21, Trudeau will travel to Amritsar where he will visit the Golden Temple. He will return to Delhi the same day.

Trudeau is scheduled to visit Jama Masjid and a cricket ground here on February 22 besides delivering a lecture at a gathering of Canadian and Indian business leaders.

He will hold wide-ranging talks with Modi on February 23.

The next day, he is scheduled to address a conference of young change-makers before wrapping up his visit (see poster).

The ties between India and Canada have been on an upswing. Approximately 1.4 million Canadians are of Indian heritage and India is Canada’s second largest source of immigrants.

Canada is also a leading education destination for Indian students, and India is the second largest source of international students, an estimated 124,000 in 2017, as per official figures.