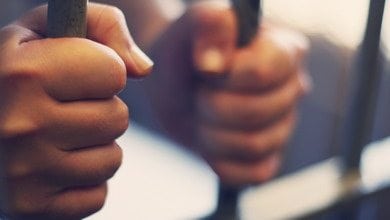 The arrest warrants are still going out – and the public and media are invited to witness the proceedings as the judge’s gavel pounds on Friday September 20th at Metro Vancouver Crime Stoppers’ first-ever Jail & Bail in Surrey.

Some of Surrey’s best-known business and community leaders will be locked in the Metro Vancouver Crime Stoppers County Jail to raise “bail” from their friends and colleagues.

See the full list of “The Accused” and their arrest warrants HERE.

VISUALS: Each of the “accused” will:

QUOTE: “Despite what some people think, we’re not the police. We’re actually an independent, non-profit charity that operates solely on funds raised,” says Linda Annis, executive director of Metro Vancouver Crime Stoppers. “We appreciate any donation, and we’re thankful for the participation of all those who’ve agreed to be our ‘jailbirds’ this year. The ‘bail’ they’ll raise will help keep our 24/7 tips line and other anti-crime programs in operation for the benefit of everyone.”

Everyone welcome to watch! Donations of any amount, from anyone, gratefully accepted at our Jail & Bail donations page, or in person at the event.

Among those being put behind bars – and see their arrest warrants HERE:

• Despite what some people think, Metro Vancouver Crime Stoppers is “not the police”, but anindependent, non-profit charity that operates solely on funds raised, plus additional generoussupport donated by local businesses, community groups and individuals.

• The business and community leaders who volunteer to take part in Jail & Bail understand CrimeStoppers helps keep communities safe and generously participate and raise funds on their own freetime.

• This year’s numbers are trending even higher with a six per cent increase in tips so far this year, and$6.5 million worth of drugs and property recovered to date.

• When you think about the local crimes reported daily in the news – some of them terribly tragic,Crime Stoppers provides a critical tool that lets the public anonymously help investigators solve them

Crime Stoppers’ “See Something, Say Something” program will include grade 10...

Arrests and charges laid double with 16-per-cent increase in tips to...