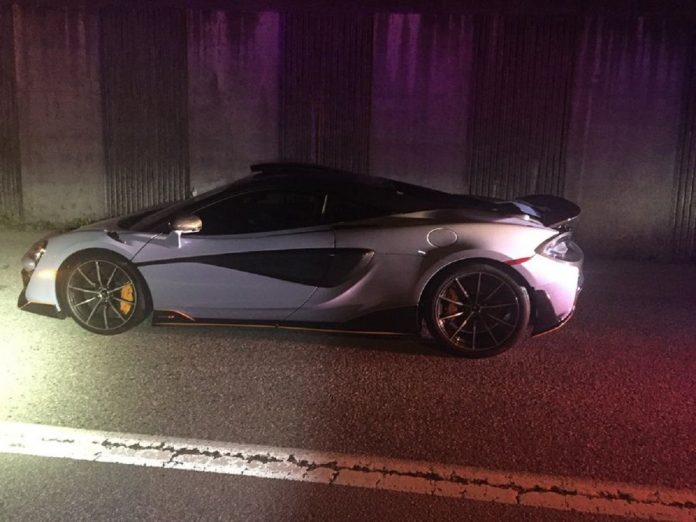 ALLEGED speeding, minutes after the owner had picked up his new vehicle from the dealership, has led to an excessive speed impound and a hefty fine.

Shortly after 10 p.m. on June 17, a West Vancouver Police Traffic Section officer observed a 2019 McLaren 600LT supercar travelling at a high rate of speed Westbound on Highway #1 near 15th Street. 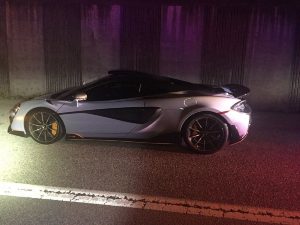 The vehicle’s speed was measured at approximately 161 km/hr in a 90 km/hr zone. The vehicle was safely stopped on the highway near Cypress Bowl Road. While the officer was conducting the investigation, the driver allegedly stated that they had just left the dealership after purchasing the vehicle, 10 minutes earlier.

The vehicle was towed from the scene and impounded for seven days for excessive speeding and the driver, a 39-year-old man from Coquitlam, was served a $368 violation ticket.

“While we get closer to the July long-weekend, which typically means more vehicles on the road, West Vancouver Police want to remind everyone to obey all speed limits and drive responsibly,” said Constable Kevin Goodmurphy. “Your life is worth it.”

Two arrested and another wanted in armed robbery by West Vancouver...