The Integrated Homicide Investigation Team (IHIT) said on Wednesday (July 26) that a review of the evidence collected to date indicates Marrisa Shen’s murder was a random attack.

It said in a statement: “These events have caused great distress and sparked much concern about safety within the community. I can say that there have been no links made between this homicide and other reported acts of violence.

“At this time, we have not identified a suspect or suspects, but we are still in the early stages of evidence gathering. These initial stages in homicide investigations can be lengthy. We will continue to review the facts, and will provide updates as appropriate.

“Since our initial release a week ago, police have received a number of tips. We are appreciative of the information provided, and are once again asking for the public’s help.  Investigators are in search of anyone who took photographs or video while inside the park or surrounding areas on the night of July 18 between 6 p.m. and 1 a.m. This includes those with dash cam video.”

IHIT Cpl. Meghan Foster said: “We understand that there are many questions, but in light of how the facts present we ask the public remain vigilant. Marrisa’s death was senseless.”

Anyone with information is asked to contact the IHIT Information Line at 1-877-551-IHIT.  Should you wish to remain anonymous, please contact Crime Stoppers by phone at 1-800-222-TIPS.

THE Integrated Homicide Investigation Team (IHIT) on Thursday (July 20) confirmed that the suspicious death of 13-year-old Marrisa Shen is a homicide investigation.

Currently, investigators are working to determine the motive and identify a suspect.  The evidence recovered doesn’t indicate if Shen was the intended victim of homicide, or if her homicide was a random act. The risk to public remains unknown, but police are asking the public to remain vigilant. 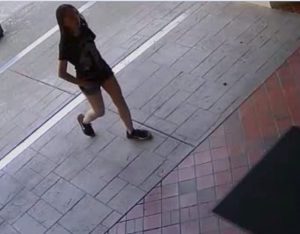 Investigators have identified video surveillance footage that has narrowed down the timeline of Shen’s whereabouts. She was seen leaving her residence at 6:02 p.m. on July 18 (Tuesday).

Anyone who may have seen Miss Shen after 6 p.m. on July 18 is asked to contact police.  Since IHIT’s press conference on Tuesday, they have received a number of tips and would like to thank the public for the assistance rendered so far. 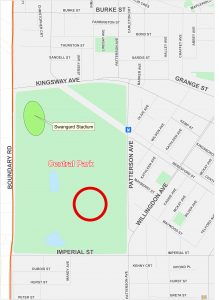 On Tuesday (July 18), just after 11:30 p.m., the Burnaby RCMP were contacted to conduct an investigation into Shen’s disappearance. Immediately an investigation into her whereabouts was initiated, and at approximately 1:10 a.m. Shen was located dead in the south east side of Central Park.

IHIT said they are still in the crucial stages of the evidence gathering process, and are conducting a widespread area canvass of the park in partnership with the Vancouver Police Department.

IHIT Cpl. Meghan Foster said on Thursday: “Investigators are working tirelessly to gather and review evidence.  No stone will be left unturned, and we ask that anyone with information contact police so that we can apprehend those responsible, and hold them accountable.”

Donald Lyle Salahub is person of interest in Surrey murder of...