THE Canada Border Services Agency (CBSA), Southern Ontario Region, and the Royal Canadian Mounted Police (RCMP), Windsor Detachment, on Monday announced the seizure of 30 bricks of suspected cocaine at the Ambassador Bridge and the arrest of a Brampton, Ontario, resident.

On December 15, a lone male driving a tractor trailer arrived at the Ambassador Bridge Commercial Operations in Windsor, Ontario, and was referred for a secondary inspection.

The CBSA arrested the driver and seized the suspected cocaine. The RCMP attended and took custody of the driver as well as the evidence.

The RCMP charged Manjinder Gill, 44, with importation of a controlled substance, and possession for the purpose of trafficking.

Gill is in custody and awaiting a bail hearing.

The investigation is ongoing.

“Stopping the smuggling of narcotics across Canadian borders is a priority for the CBSA. I want to congratulate the CBSA officers who work tirelessly every day to keep our communities safe alongside its law enforcement partner, the RCMP,” said Joe McMahon, District Director, Ambassador Bridge District Operations, Canada Border Services Agency.

“This arrest is an indication of the hard work affected by both the RCMP and CBSA. These officers work in unison to stop the smuggling of illegal drugs into our country in order to keep our streets safe,” said Staff-Sgt. Tim Pettit, Acting Officer in Charge, RCMP Windsor Detachment.

From January 1 to December 17, 2019, the CBSA, Southern Ontario Region, intercepted and seized over 395 kilograms of suspected cocaine.

If you have information about suspicious cross-border activity, contact the CBSA Border Watch Toll free Line at 1-888-502-9060.

If you have information on suspicious or criminal activities, contact your local police or anonymously through Crime Stoppers. 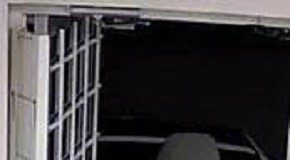