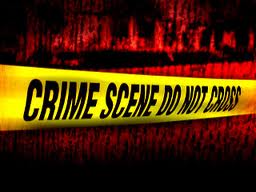 THE Independent Investigations Office of BC (IIO BC) was called in after the death of a man in Burnaby on Wednesday.

On December 20 at 3:43 a.m., Burnaby RCMP were patrolling the area of North Willingdon Avenue at Triumph Street in relation to a complaint. At approximately 4 a.m. police located someone sitting in the driver seat of a vehicle in a parking lot in the 200-block of Willingdon Avenue, unrelated to the file to which they’d been dispatched. A rifle was allegedly observed on the man’s lap.

Attempts to verbally engage the man were unsuccessful and police requested the assistance of the Lower Mainland Emergency Response Team. The ERT later approached the vehicle and confirmed that the male was dead.

The RCMP said the BC Coroner Service has been notified. As police officers were at the scene of a fatality the IIO BC has been contacted and they are now investigating to see if there is any link between police action or inaction and the death of the man. As the matter is now under investigation by the IIO BC, no further information will be released by police at this time. Anyone who witnessed this incident is asked to contact the IIO BC at 1-855-446-8477.