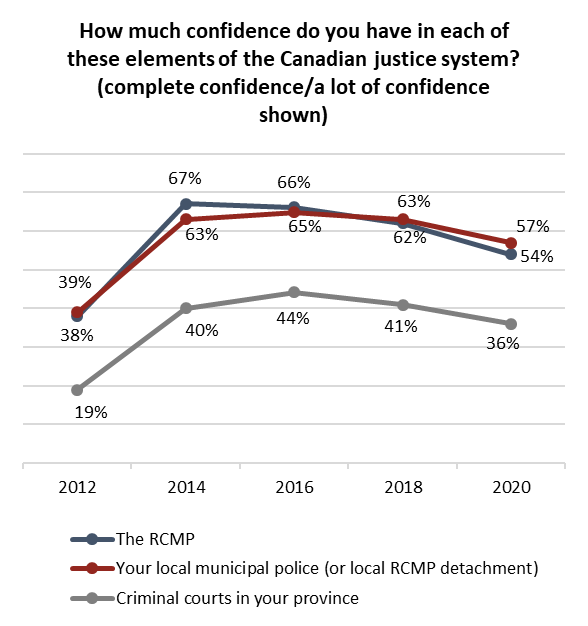 CRIME rates in Canada dropped precipitously from 1991 until 2014, falling more than 50 per cent during that period. Since then, however, crime rates have ticked upward in each of the past four years for which data is available.

A new study from the Angus Reid Institute, the latest in a biennial series gauging Canadians experiences with and opinions of the justice system, finds public perceptions in their communities following that same trend.

The proportion of Canadians holding this view is considerably higher in the western provinces of British Columbia, Alberta, Saskatchewan and Manitoba. In each region, six-in-ten residents or more say they are perceiving more crime now than five years ago.

Additionally, confidence in the RCMP and local police forces continues to decline. While at least half of Canadians still have confidence in each organization, the proportion saying this dropped in 2018 and again in this latest data.

Liberals claw back into close race with Conservatives