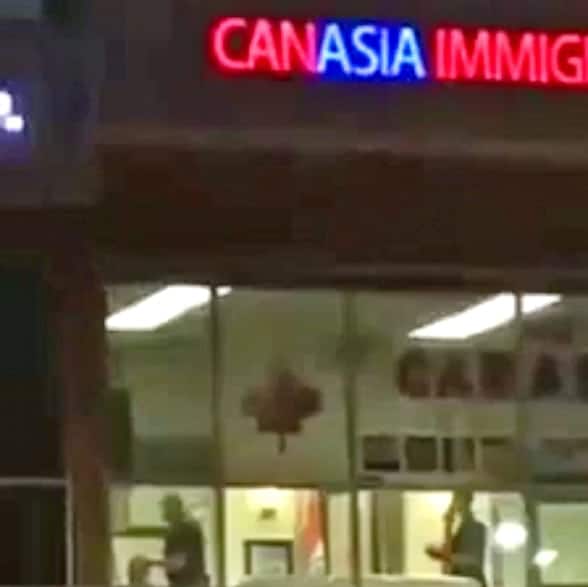 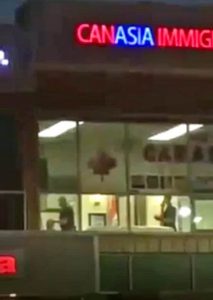 THE office of Can-Asia Immigration Consultants Canada at 128th Street and 80th Avenue in Surrey was searched by the Canada Border Services Agency last week on October 5.
A passer-by who shot some video of the raid from outside sent it to The VOICE.
When The VOICE contacted the CBSA on Tuesday, they sent the following email: “We can tell you that the Canada Border Services Agency (CBSA) executed a search warrant on a property in Surrey, BC on October 5, 2017. As the matter is still under investigation by the CBSA, no additional information will be provided at this time.”
Earlier, The VOICE also contacted the Surrey RCMP and the 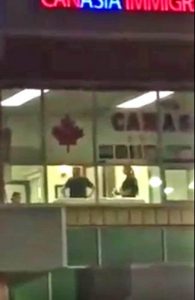 RCMP’s E Division, but spokespersons for both said they were not involved in any search at that office.