TODD Stone, Official Opposition Critic for Municipal Affairs and Housing, is continuing his call for the NDP government and Housing Minister Selina Robinson to immediately implement legislation that will enable local governments to allow for split-zoning, before more small businesses are forced to close their doors due to skyrocketing property taxes.

“This past fall I introduced legislation that would provide tax relief to small businesses who are currently struggling to make ends meet as they are being forced to pay a tax on the unused airspace above their heads,” said Stone on Tuesday. “Minister Robinson promised to implement short-term solutions last fall, yet nearly three months later we have not heard anything even close to a plan from her.”

The Canadian Federation of Independent Business (CFIB) released a report on Monday that calls for immediate action from the province and shares stories of the many small businesses struggling under the burden of outrageous property taxes. CFIB estimates that the average small business owner in Metro Vancouver saw their property assessment increase 87 per cent in the last five years.

“Split-zoning legislation would mean that hardworking small business owners would no longer have to pay a tax on the unused airspace above their heads, and as such, they would see their property tax bills drop dramatically,” said Stone. “The NDP government needs to act now to address the issue of rapidly rising property taxes on unused airspace before we risk losing more arts groups, non-profits, and small businesses, all of which play vital roles in our communities.” 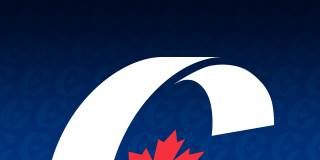 posted by: Rattan Mall - February 26, 2020
THE World Sikh Organization of Canada on Wednesday welcomed the tabling of An Act to Proclaim Sikh Genocide Awareness Week in the...

The cutest part of the Trumps’ visit to India

posted by: Rattan Mall - February 26, 2020
U.S. First Lady Melania Trump was all smiles as she watched the nifty Bhangra moves of a little school kid who started dancing...

Trucker Talwinder Sekhon gets 30 months in prison in “doda” case

posted by: Rattan Mall - February 26, 2020
TRUCKER Talwinder Sekhon was stopped on November 3, 2016, at the Pacific Highway border crossing by the Canada Border Services Agency that...

NDP playing games with renters and landlords: BC Liberals