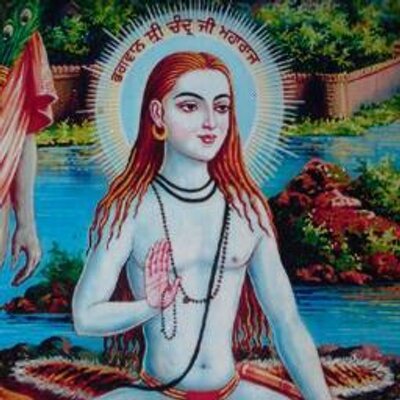 An akhand path was organized at Guru Nanak Sikh Society, Port Alberni, BC. It was followed by kirtan and Itihaas, and guru ka langar was served during the three days. Speaking at the occasion, Sardar Harinder Pal Singh of Gobind Sadan spoke at length about the life history of Baba Sri Chand ji. He said:

Baba Sri Chand ji was born in year 1494 in Sultanpur Lodhi to Mata Sulakhni ji and pita Guru Nanak Dev ji.  He entered the world laughing and the room filled with light and fragrance. A thin layer of ashes covered his body and the small curly knots of his hair shone brightly. He was no ordinary son, he worshipped his father. He was a yogi from birth, his right ear lobe extended into a natural ring. From childhood he loved to sit in meditation and developed great powers.

Education: Babaji was in one sense Guru Nanak Dev ji’s first disciple, learning meditation and spiritual truths at his holy feet. To complement his spiritual education, Guru Nanak Dev ji sent Babaji to Srinagar to study in the school of Pandit Parshotam Das Kaul. While his classmates complained that he never did his homework, he always was first in his class. He was so good during his youth that he was able to defeat the famous Som Nath Tripathi in Shastra debate. He stayed in Sri Nagar for 2.5 years.

Preserving the family lineage:  While Babaji himself lived an ascetic life, he not only supported family life, he actually raised the baby Dharm Chand and arranged his marriage. One day brother Lakshmi Chand ji had been hunting. Babaji told him it was a sin to kill innocent animals and that he would have to give an account in God’s court. Hearing this, Baba Lakshmi Chand took his entire household, even the dog, mounted his horse and rode toward Heaven. Baba Siri Chand ji realized that his brother’s baby Dharam Chand was the last descendant of Guru Nanak Dev ji.  If the baby left too there would be no one to carry on Guru ji’s blood line. So Baba Sri Chand ji stretched out his arm into the sky and lifted the baby from his brother’s lap, brought him back and raised him as his own son.

Hymns of Praise of Guru Nanak Dev Ji: Baba Siri Chand ji’s love and reverence for his father Guru Nanak Dev ji cannot be stressed enough. And similarly, Guru Nanak Dev ji’s love for his elder son is something to be admired by all families. History has played a cruel trick on this relationship, often portraying Babaji as one passed over in the “appointment” as the Guru’s successor and therefore casting Babaji in conflict with the ensuing Gurus. Nothing could be further from the truth. And nowhere could a child’s love be more apparent than in his hymn of praise for Guru Nanak – Aarta – which he composed and had the whole Kartarpur Sangat sing to greet and welcome their Great Guru home from his third udasi.

The love between Sikh Guru’s and Baba Sri Chand ji: Baba ji was held in great esteem by the succeeding 5 Sikh Gurus. Two of them even offered their eldest sons in spiritual service. Guru Amar Das ji offered Baba Mohan ji, who is best known as the custodian of the Guru’s Pothis (hand-written verses) from which Guru Arjun Dev ji compiled Guru Granth Sahib ji. And most notably, Guru Hargobind Sahib offered Baba Gurditta, who became Babaji’s successor and is regarded as the Patriarch of the Udasi Semperdai. Interestingly enough, he was not just the son of Guru Hargobind Sahib, but the father of Guru Har Rai ji, the grandfather of Guru Harkrishan ji, the older brother of Guru Tegh Bahadur ji and the Uncle of Guru Gobind Singh ji. Peace followed Babaji wherever he went and through miracles and teachings he cooled the fires of religious conflict so prevalent in the world of his time.

– The sangat asked Guru Amar Das ji, “When we meet Baba Siri Guru ji how should we show our respect? Guru ji responded by saying, “by bowing down in deep humility”.

– A few days later, when Guru ji with Baba Mohan ji and Bhai Jetha (Guru Ram Das ji) visited Babaji in Barath, he answered their question by bowing down in deep humility.

– Guru Amar Das ji recited “Anand Sahib” to the immense pleasure of Baba Siri Chand ji. Babaji was so impressed by Baba Mohan ji that he accepted him as his disciple. Instructing Baba Mohan ji to collect him the handwritten collections of Guru Nanak Dev ji’s bani for safekeeping until they were required. He then sent him home to Goindwal Sahib with Guru ji. Baba Mohan ji used to sit on a deer skin with long hair open.

– When Guru Ram Das ji visited Barath in 1634, Babaji was in deep in meditation. Guru ji waited patiently for 2 days. When Babaji came out, Guru ji offered him Rs 500, and other gifts of clothing and sweets. They were very happy to see ach other.  Guru ji recited baani to Babaji’s delight.

– When Baba ji visited Guru Ram Das ji at Ram Das pur he reminded guru ji of the history of the Amrit srovar (sacred tank) and suggested that city’s name be changed to Amritsar.

– When Babaji visited Amritsar in 1636, Guru Ram Das ji received him warmly, and with a warm embrace and with great respect seated Babaji on a higher seat than his own. Babaji praised Guru ji. One day in a lighter mood Babaji quipped, “Guru Ram Das ji you have such a long beard!” Guru ji in his unequalled humility replied, “It is to wipe the lotus feet of great men like you,” and actually bent forward to demonstrate. But Babaji caught him in a warm embrace.

– Where the Gurdwara stands today, Guru ji used to wait each day for Babaji to come out of meditation. A second site, a mile away in what was then a jungle, marked the place where Guru Arjan Dev ji used to sleep.

– After being released from Gwalior Fort, Guru Hargobind Sahib visited Baba Siri Chand ji to thank him for his role in influencing the Emperor Jahangir. Babaji had very strictly told the Emperor that the Guru was the true successor to Guru Nanak Dev ji’s throne and if he didn’t release him, great harm would befall the Emperor.

– Baba Gurditta ji who became Baba Siri Chand ji’s successor and Patriarch of the Udasi Semperdai, was the son of a Guru and the father of Guru Har Rai ji. He was also the grandfather of Guru Harkrishan ji, the older brother of Guru Tegh Bahadur ji and the uncle of Guru Gobind Singh ji. So just as Baba Siri Chand ji had remained close to the first 6 Gurus, Baba Gurditta was always in close contact with the ensuing four Gurus. We should remember that when Guru Gobind Singh ji left Anandpur Sahib, he put an Udasi in charge.

– Spread Guru Nanak’s mission: Follow the hukam of his father and spend life in meditation.

– Respect for all life:

– Uniting Sadhu Samaj: There were many spiritual schools in India at the time. And the Yogis and Sidhs had great spiritual power. But Babaji told them to come out of the jungles and down from the mountain tops, unite, and use their powers to help people in the world. That’s why Babaji was considered the King of all fakirs in India of the time.

Had Baba Sri Chand ji not followed the hukam of his father:

– Sikh Guru’s would not have visited Baba Sri Chand ji.

– Sikh Guru would not have changed the name of RamDas put to Amritsar.

It is time that we acknowledge the contributions of this Sahibzada of Guru Nanak. And celebrate his life by organizing akhand paths to celebrate his life, his preachings. All over the world this is happening. For additional details please watch the following youtube video’s:

This article was submitted by Harinder Pal Singh of Gobind Sadan, who can be reached at 250-240-3111 or by email at [email protected] 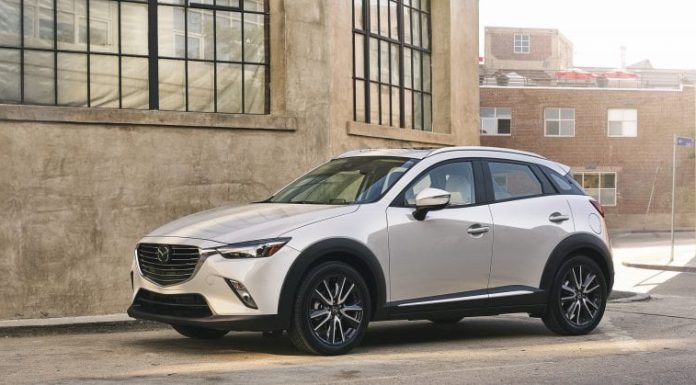 Snowden gets asylum in Russia