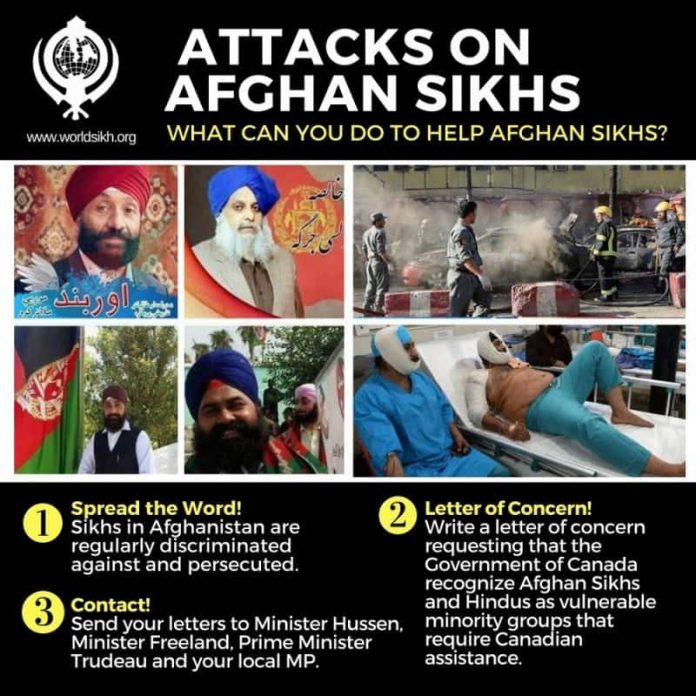 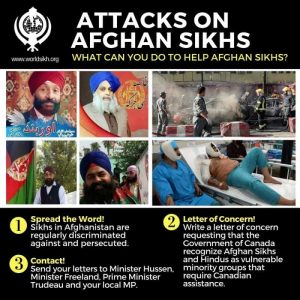 NINETEEN are dead in the July 1 suicide bombing in Jalalabad, Afghanistan and the World Sikh Organization is calling upon the community to contact their local representatives. Devastation and sadness cannot be our only response; it must be followed by action, it says.
Once a thriving population of well over 200,000, Sikhs and Hindus in Afghanistan now number less than 2,000. Daily persecution and discrimination have forced many of them to flee the country, while others face a reality that for some ends only in death. In 2015, the late Manmeet Singh Bhullar, who was an MLA in Alberta, began what he called ‘his life’s work’ to help Afghan Sikh and Hindu minorities flee the country.
Today, because of Manmeet’s work, over 200 Afghan Sikh refugees in India are awaiting approval of their private sponsorship applications to Canada, and will hopefully soon have the honour of calling this great country their home. We must protect his legacy, says the WSO.
WSO urges the community to contact their local MP and relevant Ministries (contact information can be found below) and let them know that the Government of Canada must recognize Sikhs and Hindus in Afghanistan as vulnerable minority groups that require immediate Canadian assistance.