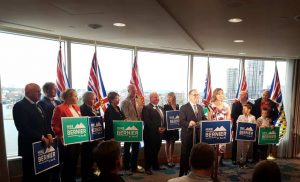 posted by: Rattan Mall - May 28, 2020
ON Monday, June 1, playgrounds and basketball hoops in the City of Delta, like other municipalities across Metro Vancouver, will reopen. This...

posted by: Rattan Mall - May 28, 2020
EFFECTIVE June 1, 125 playgrounds throughout the City of Surrey’s park system and all playgrounds within the Surrey School district’s elementary schools...