Who could have really imagined that as many as 16 South Asian MPs would be elected from Ontario?

South Asian candidates who ran for the Conservative Party, the NDP and the Liberal Party in Ontario come from diverse backgrounds – and from every corner of the world and included Sikhs, Muslims, Hindus and Christians. But above all things, they are highly qualified professionally and experience-wise in their respective fields.

There were 16 South Asian candidates running as Liberals – and ALL BUT ONE won.

There were 12 running as New Democrats (they included Martin Singh who is a Caucasian Sikh married to a South Asian Sikh) and ALL LOST.

ONLY ONE of the 10 South Asians running as Conservatives won: Bob Saroya (Markham-Unionville).

Winners (all except for Raj Grewal are running again)

Of the 13 South Asians who ran as candidates for the Conservatives, the Liberals and the NDP, five – ALL LIBERALS – were elected MPs, while three incumbent MPs – Nina Grewal (Conservative – Fleetwood-Port Kells), Jinny Sims (NDP – Surrey-Newton) and Jasbir Sandhu (NDP – Surrey Centre) – lost.

Although there was some split between so-called moderate Sikhs and so-called conservative Sikhs in some ridings, in the end it appears that most Sikhs and other South Asians just wanted to get rid of the Harper government and ended up supporting the Liberal candidates both in B.C. and elsewhere.

In a stunning upset, Minister of State for Multiculturalism Tim Uppal was defeated by the Liberals’ Amarjeet Sohi, an Edmonton City Councillor, by only 80 votes. Uppal was evidently a victim of Prime Minister Stephen Harper and Multiculturalism Minister Jason Kenney’s bigoted attack on the niqab that upset millions of Canadians across the country.

Veteran MP Deepak Obhrai won from Calgary Forest Lawn by defeating his Liberal rival Cam Stewart by almost 5,000 votes (19,694 votes to 14,762 votes). Obhrai openly criticized Bill C-24 that allowed the federal government to revoke Canadian citizenship of dual citizens if they were found guilty of terrorism or other serious crimes. He claimed that he was not comfortable with government having such power because he had seen this abused during his travels around the world.

In Quebec, the South Asian star was the Liberals’ Anju Dhillon – the first Canadian Sikh to practice law in Quebec courts. Dhillon, who ran from the Quebec riding for Dorval–Lachine–LaSalle, was elected with 53 per cent of the total vote cast. She beat her closest rival, the NDP’s Isabelle Morin, by more than 16,000 votes (29,940 votes to Morin’s 13,639 votes). Dhillon was born and raised in the same riding, where she currently lives and works as a lawyer.

Millennium and Expo Line service back to normal (update)

posted by: Rattan Mall - May 26, 2020
A new program to restore dormant and inactive wells, and bring support to B.C. workers in oil and gas service companies has...

posted by: Rattan Mall - May 26, 2020
BY STEPHANIE CADIEUX MLA for Surrey South and BC Liberal Co-Critic for Finance FORTY-FIVE percent of...

posted by: Rattan Mall - May 26, 2020
DOWNTOWN Eastside (DTES) residents will use their knowledge of the community, while gaining valuable skills and paid work experience to support their... 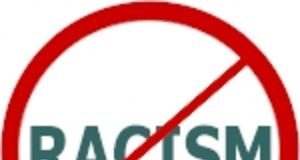 posted by: Rattan Mall - May 26, 2020
'Investigating hate crimes is one of the FBI’s highest priorities' SACRAMENTO, California: U.S....